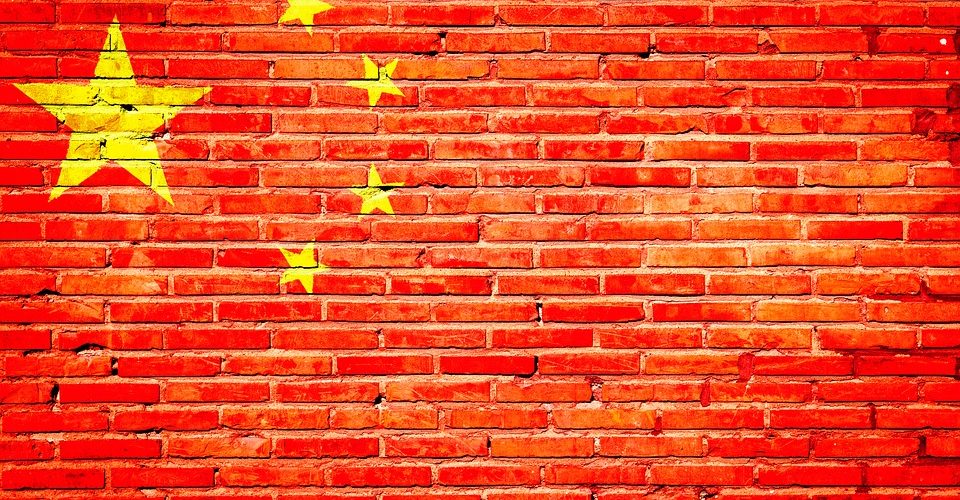 “International politics is never about democracy or human rights. It’s about the interests of states. Remember that, no matter what they tell you in history class.” (Egon Bahr). Geopolitics, China, Silk Road, commodities, value investing – Markus Hill* spoke for FONDSBOUTIQUEN.DE with Urs Marti, SIA Funds AG, about the connections and the importance of these topics for private and institutional investors in the coming years. This “economic prose” by him is rounded off by interesting remarks on the subject of history, Europe, diversity, and South Tyrol.

Hill: The topic of geopolitics is currently being discussed more intensively again in specialist circles. Where are the chances, dangers of the development? Which actors, interests, reactions and participants are there?

Marti: The BRICS countries, led by China, have long been trying to secure their need for raw materials by various means. Ultimately, there will be less available for the West. Thus, the overconsumption of the West will hardly be satisfied. The result will be inflation, devaluation of currencies and thus of savings, and a relative equalization of living standards. Likewise, the various currencies will have to be properly valued with each other to normalize the drastic imbalances in trade. For the West, this will result in a massive increase in the cost of imports, consumption, and thus living standards. The flip side will be an increased return of productive jobs. Increasingly, people will only be able to consume what they produce themselves, be it agricultural or industrial goods. This changeover will hardly be easy.

Hill: China and the “New Silk Road” project – what is that and what is it all about?

Marti: The name refers to the ancient trade routes that connected Asia, Persia, Arabia, East Africa, and Southern Europe by land. Likewise, the name goes back to the lucrative silk trade that originated in the Han Dynasty in 200 BC. Historically, the Silk Road was the basis for most of the world’s trade for the longest time in history. It was only a few hundred years ago that trade began to migrate to the sea routes. Technological changes, most notably black powder, and nautical technology led to the age of colonialism. Various naval powers dominated world trade and, by extension, world politics for pretty much a hundred years at a time. Since the fall of communism, China has opened up, industrialized, and replaced the West as the new emerging world power. Favored by the West’s reserve policy, the industry shifted in an initial phase. The so-called emerging countries, China first and foremost, have accumulated huge foreign exchange reserves due to their trade surpluses, meanwhile, central bank balance sheets and debts have been growing immensely since the financial crisis. The majority of the trade surpluses have been parked in U.S. government bonds. But due to escalating developments, they are no longer willing to continue doing so. The West can’t cover these debts with a real counterpart. For this, one would have to devalue the currencies in a drastic style. The official gold stock of the USA (there are doubts about its plausibility…) would just cover the trade deficit of one year of the USA against China. Politically, it is difficult for China to convert this “paper money” into real values. One would have to, in effect, colonize the U.S. by buying technology, infrastructure, utilities, and real estate. However, this is impossible. Probably also a reason for the current political situation with and in the USA. Accordingly, China is left with the option of investing much of its trade surplus in its infrastructure as well as in the Silk Road.

Hill: What are the implications of this for the commodity sector?

Marti: An expansion of transportation, traffic, and communication routes always brings with it a surge in trade and prosperity. Along these trade routes, more than half of the world’s population lives – much of it at a level of prosperity that is only a fraction of that in the West. Prosperity, which can mean infrastructure, goods, and energy, among other things, is always linked to the consumption of raw materials. It is striking that although China is now highly developed along the coast, many people still live very modestly in the interior. Besides, a large part of the raw materials officially consumed in China is in fact as industrial goods in the West. If you look at the 10 largest nations and their development as examples – China, India, USA, Indonesia, Pakistan, Brazil, Nigeria, Bangladesh, Russia, and Mexico – it is obvious what the potential demand for raw materials is. Unfortunately, this will hardly be satisfied, if only because of natural limits. And on top of that, there has been hardly any investment for the last 10 years. Thus, structurally, the production of ores, energy, uranium, and much more will hardly increase. The effects can be imagined.

Hill: What are the implications of China’s next 5-year plan? What is the significance of the so-called RCEP (Regional Comprehensive Economic Partnership) in this context?

Marti: It’s all connected. The new 5-year plan is a paradigm shift. China wants less trade surplus, more domestic consumption, more domestic investment. Consequently, the currencies have to be aligned to achieve balanced trade. This means inflation for the West, less consumption, and less prosperity (material prosperity is not necessarily equal to the quality of life!). For the Silkroad, it means the opposite: as a result, the major global blocs are likely to increasingly seal themselves off. Europe could actively ensnare Russia with its resource wealth instead of driving it into the hands of China. The U.S. has an overvalued currency but, along with Canada, is potentially self-sufficient, unlike Europe.

Hill: What interesting developments are you seeing in the commodities sector in general?

Marti: Due to years of underinvestment, production is starting to decline. The Corona crisis has accelerated this. Prices are starting to rise and there will be shortages. This, combined with the developments I described in Asia and the immeasurable money printing, government deficits, and coming stimulus for Corona reconstruction in the West, is also leading to additional investment in infrastructure here, which in turn is further increasing demand for commodities. And this at a moment of global underinvestment on an unprecedented scale. In my opinion, inflation, commodities, emerging markets, and value will be the dominant investment themes for the coming decade.

Hill: You invest in commodities with a “value lens” on stock selection. Do you think the value approach will become attractive again next year?

Marti: Yes, very much so. Let me be more precise first – we don’t invest in commodities directly, but in commodity companies, because in our eyes we benefit disproportionately from rising commodity prices that way. For example, this spring you could only buy oil at negative prices if you also had an empty tank. On the other hand, very good oil companies with large reserves were valued so extremely low by the markets, as if the oil price would remain low for a very long time. We took advantage of this fact to increase our exposure to this segment. For example, our fund, the Long Term Investment Fund Natural Resources, is up a good 80% since March, compared to direct commodity investments via futures, which are up just 30%. It is very interesting to note that the investment themes of commodities and value investing have very often moved in sync in the past 100 years. Accordingly, we are very positive for both investment themes for the next 5- 10 years, and in our eyes, an investment for long-term investors is worthwhile in these areas, also from the perspective of a future increase in inflation.

Hill: You like to read. What is currently on your agenda?

Marti: I’m interested in history in general. There are always major cycles and upheavals. Usually associated with crises, wars, currency reforms. For family reasons, I’m also interested in the history of Italy. For example, the Kingdom of Sicily was the richest region in the world until 1860, when it was “liberated” by Garibaldi. I am currently reading “The Betrayal: The Postwar Years of My South Tyrolean Homeland.” I was often on vacation in South Tyrol during the pre-Corona period. It is amazing what political wrangling took place there in the post-war years for what at first glance seemed a rather small, insignificant region. Even there, there were a lot of interests of the capitalist as well as a communist bloc. Then, besides, there was the problem of the “indigenous” Tyrolean population, who cultivated their culture with great passion against the background of this eventful history of the last century. As with many autonomous areas in Europe, there are still controversial views and narratives in the field of national history. Fortunately, we live in the 21st century, people discuss engagingly and, in the worst case, they come apart with different opinions on certain facts. Europe means diversity, everyone walks there in different moccasins, so to speak!