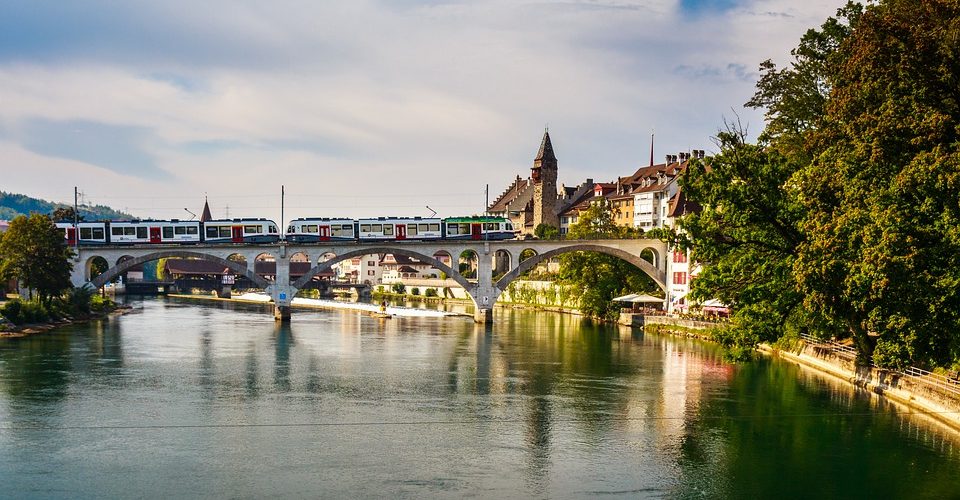 As someone who has been an investor and fund manager in the commodities sector for over 20 years, it is hard to avoid reading this book presented here, “THE WORLD FOR SALE” ((Javier Blas & Jack Farchy). I didn’t want to read it, as one could expect the usual unqualified litany of evil capitalists and exploiters in the commodities sector. But far from it. The book reads like a thriller and gives an exciting insight into many backgrounds of the global conflicts and crises of the last decades. Due to the own activity and as a resident of a canton where an estimated 70% of the world’s metals are traded, one has seen some of the described mines and areas oneself, had conversations with CEOs, plant managers, and miners over a beer (or two). Likewise, there are the stories of the landlord of the regular pub, where certain people always entered the pizzeria through the side entrance – for fear of a repeated kidnapping attempt by CIA / Mossad (“rumor mill”). And in certain years world stars had an appearance in the insignificant Saturday evening program of Swiss television. (The reason for the visit was the appearance at the annual company party in a gymnasium in the Swiss province). Enclosed are some “random” reflections, splinters of thoughts, impressions about the content of the book, without any claim to completeness.

Benghazi 2011: The Libyan civil war is in full swing, but the rebels are running out of fuel. At the request of the Quatari, the CEO of Vitol flies into the war zone. The rebels need cash. Theoretically, it didn’t pose much of a problem. Vitol could deliver the fuel across the Mediterranean to the port of Benghazi, and in return receive crude oil from the oil fields the rebels controlled – via a pipeline to Tobruk, near the Egyptian border and far from the war zone. However, Vitol was also willing to act as a bank for the rebels. A common approach in commodity trading with customers who are short of cash and can later repay the loans in physical deliveries. After what must have been a good dinner with the Prime Minister at 10 Downing Street, it happened with the consent of politicians: Washington guaranteed a sanctions waiver and allowed US companies to buy Libyan oil from Vitol. And, of course, there was a NATO drone. While London and Washington supported Vitol’s mission, they were not prepared to intervene in an emergency. Landing in the middle of a war zone, Ian Taylor knew he would be on his own. After Vitol’s intervention, the balance of power in the conflict shifted virtually overnight. The availability of fuel in the remote deserts of North Africa was always a critical factor in the war. For the same reasons, the desert fox Rommel failed in WW2.

Theodor Weisser began to tremble as he approached the Soviet border in 1954. As a soldier, he had been a prisoner of war and the memories of the camp were still vivid. Nevertheless, he was determined to see through the mission he had begun in Hamburg, to buy oil and not return home without a deal. It was not long before the Soviet bureaucracy took notice of him and dinner with Evgeny Gurov was arranged. As head of Soyuznefteexport, this man controlled the entire Soviet oil trade. Weisser’s company Mabanaft was selling fuel in West Germany, losing money and needing oil. It was the beginning of a long-lasting business relationship. Weisser was a pioneer. After years of depression, war, and stagnation, an era of prosperity and growth began. Trade routes opened up everywhere. Nationalism and protectionism gave way to free trade and global markets. In New York, Ludwig Jesselson had similar visions. A young metal trader who had fled Nazi Germany. His firm, Philipp Brothers, would later rival Wall Street’s largest banks and dominate global commodities markets. In Minnesota, a grain trader would grow his firm, Cargill, into the largest privately-held U.S. company.

The history of commodity trading dates back to the time when people began to settle. For centuries, merchants and their companies could probably be described as flying traders and adventurers. They traveled the world in search of valuable goods to sell back home. The greatest success story of this kind was the East India Company, which controlled India for decades.

The Godfather of oil

In the 1970s, OPEC would turn the oil market and the world economy upside down. The dominance of the Seven Sisters (Standard Oil Jersey, Shell, Anglo-Persian oil (BP), Standard Oil New York, Standard Oil California, Gulf, Texaco) ended, crude oil became a tradable commodity and power shifted to the traders. A young trader at Philipp Brothers recognized this development, which Weisser had recognized before him. His name was Marc Rich.

The last bank in town

In the early 80’s Jamaica was effectively bankrupt. Soon oil could no longer be bought and the memories of the riots caused by the oil crisis in the 70s were still omnipresent. No one was willing to increase the country’s credit lines anymore. Marc Rich & Co had significant investments on the island. Jamaica was one of the largest bauxite and alumina producers in the world. Over the weekend, 24 hours before Jamaica ran out of oil, Rich organized 300000 barrels for unloading in Kingston. A tanker on its way to the U.S. East Coast made a stopover. Before that, a contract was not even signed. The government of Jamaica would never forget this “favor” and the island would become a source of profit for decades.

Among numerous other examples, it also describes the emergence and growth of some companies such as Glencore, Trafigura, Guvnor, Vitol, Cargill. In a bar in Moscow in the 80s, two Polish musicians were playing guitar and piano. The two had a small business, active in the trade of white goods. During a visit to a remote oil town in Siberia (probably Surgut), they received a proposal from a customer: “Don’t you want to enter the oil trade?”. The two had an export license, a scarce commodity at the time. They did not want to enter this segment, as they lacked the expertise at that time. But they let themselves be persuaded anyway. This resulted in Mercuria, with about half a billion in profits per year.

The authors did a good job of raising all the critical points that existed. Balanced and without the usual polemics, an example of sound research and serious journalism. Despite all relationships and information – the ownership of mines, refineries, tankers, pipelines, and silos contains a great insight: The basis of profits and losses is always a so-called market risk. One secures (future) production, processes, ships, and profits especially when prices rise. Of course, sometimes in a different way, when one secured tanker capacities during the Covid crisis to sell the surplus oil later at a higher price. One can ask oneself whether it is sensible or possible to generate any “risk-free” returns through spreads, as much of the financial industry is trying to do today. A company like Glencore evolves over a long period from a trader to a producer. Today’s information technology reduces margins. One increasingly sells one’s production and tries to control the “bottlenecks”, ultimately the mineral resources, their extraction, transport logistics, etc… So you have to own the good assets of the world.

In the commodity market, both supply and demand are inelastic (economic theory). As a result, there is always too little or too much. The winner is the one who has stocks when there is a shortage and can absorb production cheaply when there is an oversupply. The trade, consumption, and price of real consumer goods depend on effective availability. This is certainly different from the financial markets, which are determined by feelings, stories, and the resulting flow of money. And with zero percent interest rates, it does not matter whether something yields a return. After all, the liabilities side is free, so it matters less whether the assets side of the balance sheet yields anything. While the last decade was characterized by oversupply, consumers will suffer from shortages and rising prices in the decade that has begun – exciting times are beginning for fund managers!

THE WORLD FOR SALE – Money, Power and the Traders Who Barter the Earth’s Resources (Javier Blas & Jack Farchy)